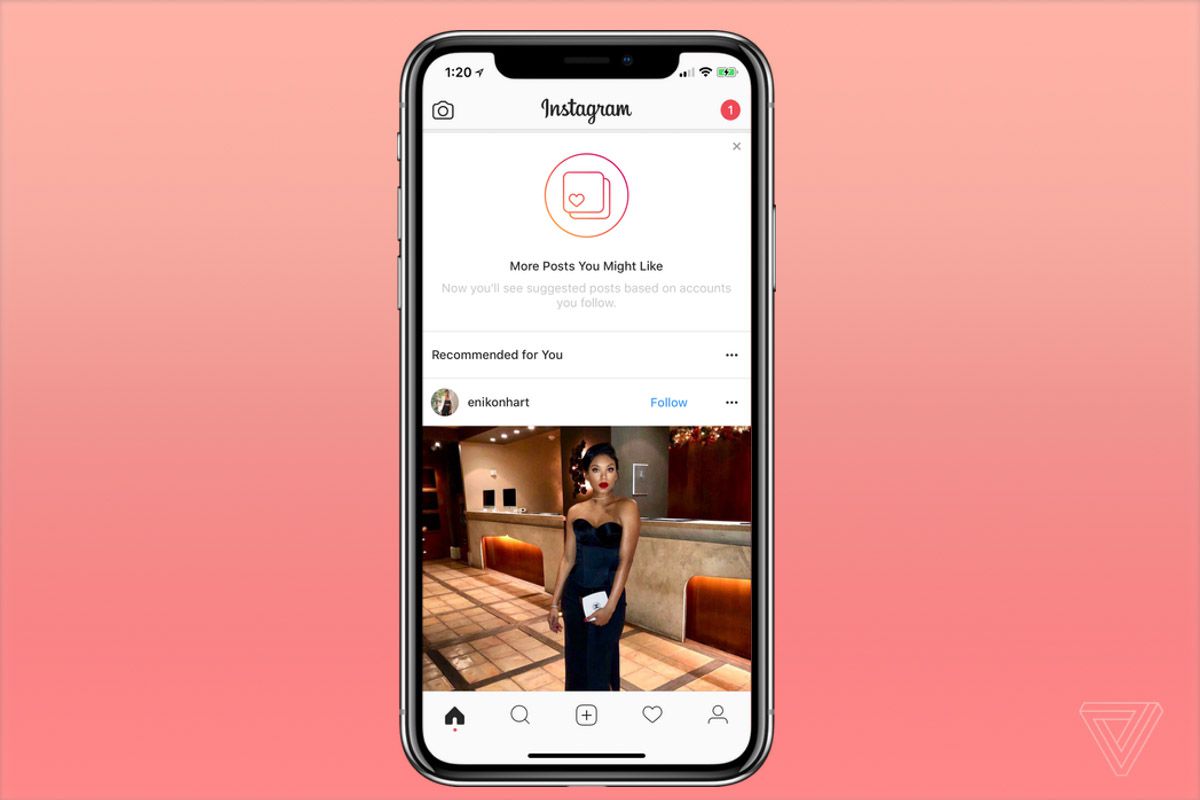 Instagram’s new “recommended for you” section is now rolling out to all users, according to a report from TechCrunch, which notes that the company has also added a new section to its help site documenting the recommendation feature.

Last week, Instagram confirmed to The Verge that it was testing the new feature, which displays posts that your friends have liked or that the company’s algorithm has selected to show you in your regular feed.

An Instagram spokesperson commented to TechCrunch that the recommended posts will only show up once you’ve already seen all the new posts from people you actually follow, but the posts — which come from accounts that users aren’t already following — are likely to be controversial, especially considering the negative reaction when the company introduced an algorithmic feed last year.